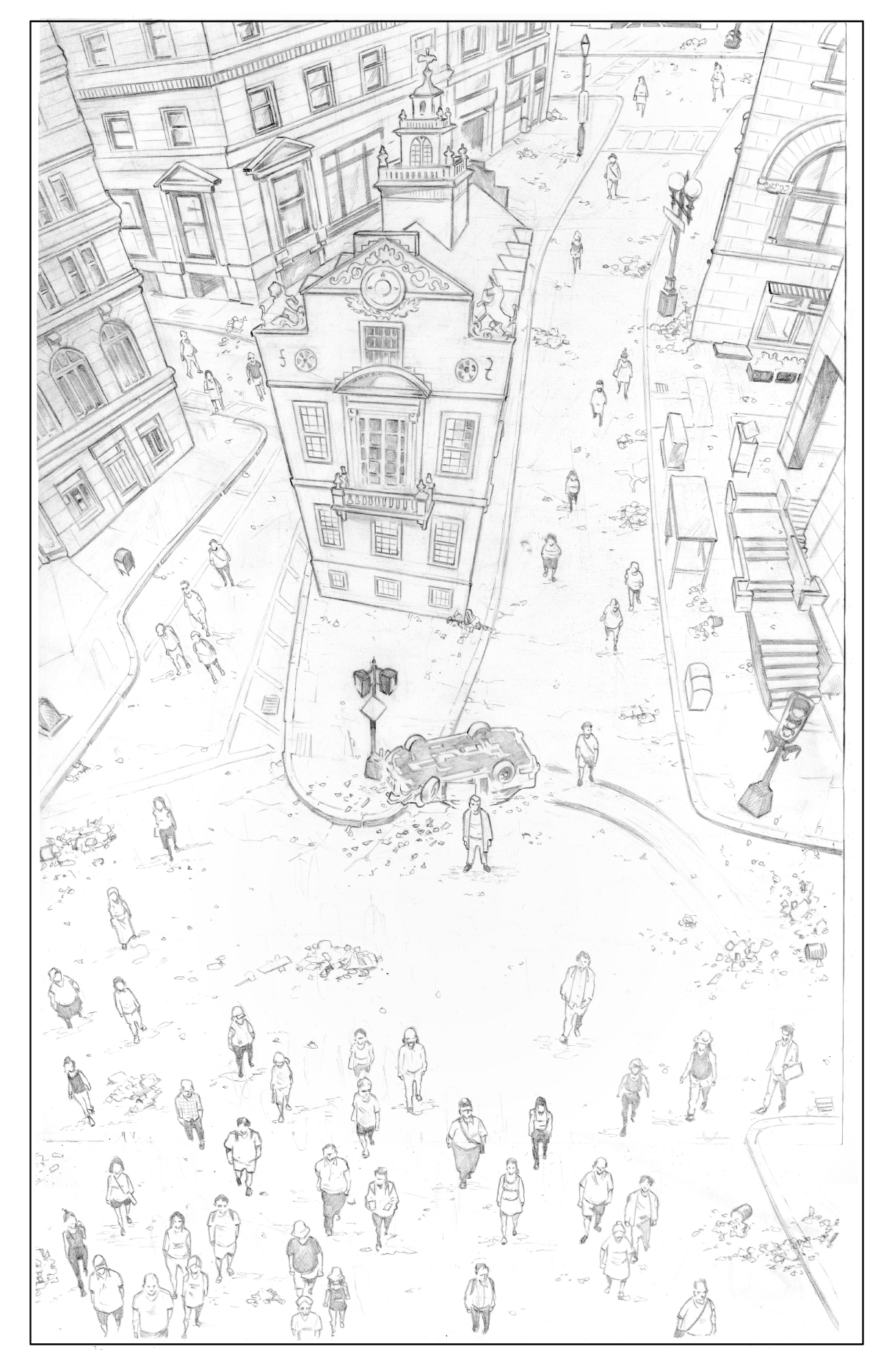 Nerd talk, a Book #3 sneak peak, and 48 hours left to get the Creator’s Edition…

Talk Nerdy To Me

An interesting question came up recently in a comic creators forum and it fits nicely with the By the Time I Get to Dallas Creator’s Edition, closing on Kickstarter this Thursday.

In a comic series, how do you catch the reader up at the beginning of each book?

It can be courteous to include some catch up info for new readers, or for when your last book came out say, a year ago and it might not be fresh in the reader’s mind. These days many comics, especially the Marvel/DC variety, include a paragraph above the front page credits that summarizes: “Aquaspleen is trapped in the Superverse by the evil Dr. Magpie, while the rest of the Ultrachumps search for him using an ancient device known as the Modem…”

It is efficient and useful for people just picking up a book off the shelf in the middle of a series. But man, I really don’t like those paragraphs. When I open a comic I want to be taken into a new world, and starting with a prose summary really makes it hard to suspend my disbelief and enter that world.

An old school way of doing it is by building recap into the first few pages of the new story. If done poorly it can feel clunky and tacked on and et up precious space, so it’s a tough challenge.

I wrote the first few drafts of By the Time I Get to Dallas with no transitions between books, as if it were all being read at once. One day when finished and collected in one volume it will be, but until then my books are coming out yearly, so I decided to use recaps using the helpful device of our first person narrator, Rudy. It turns out I enjoy having a chance for him to talk to us and lay out what he’s thinking; I don’t use his narration overmuch, but I do use it for transitions. It can be great not just for grounding the story but for establishing his character. At least, I hope so. Here is the script for Page 1 of Book 2, followed by the pencils by Juanfran Moyano. Not really a spoiler but new stuff coming to light!

And for the first time ever, I’ll reveal some script for Book 3, picking up after our heroes stole John Henry’s superyacht and cruised out of Boston: So that’s how I’m approaching the business of recaps so far. Each one will be its own challenge as we get deeper into the story.

Want more nitty gritty comics making? That’s exactly why I’m offering the Creator’s Edition! This soft cover 140+ page volume features the sparkling script for Books 1 and 2 side by side with the detailed, expressive pencils by Juanfran. I think it is a super cool way to see the story unfold. But then again, I’m a nerd.

We’ve passed our funding goal thanks to some awesome backers so this book is a lock to ship, but it’s a limited run so grab it now before we wrap up Thursday afternoon. Please let me know if you have any questions.