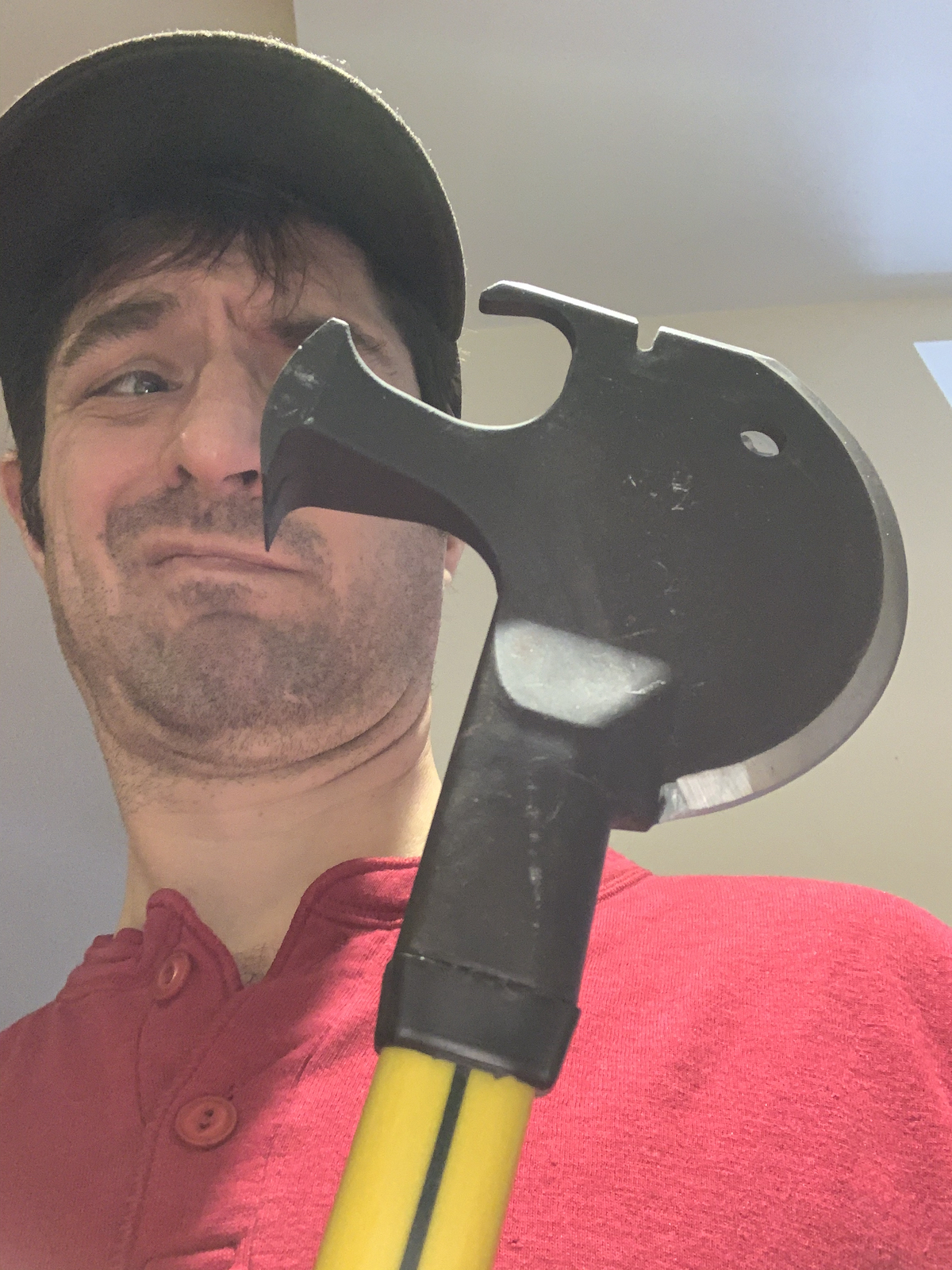 Who’s ready for the next apocalypse? Let’s start Preppin’ and Buggin’! By now I hope you’ve read the second book of By the Time I Get to Dallas. (If you haven’t just head to the online store to pick it up in print or digital.) Small spoiler alert: our hero Rudy does eventually leave his apartment! He reveals to us that he’s “never been a prepper exactly, mostly cause I don’t time or money. But I do imagine worst case scenarios.” I’d say that sums me up pretty well, though unlike Rudy I have some disposable income and occasional days off where I might get into a fugue state on Amazon and buy six kinds of water purifier. It turns out this is a case of life imitating art, as it was writing Rudy that got me low-key into prepping. I wanted Rudy to have some rudimentary skills, at least as a wannabe prepper, and I knew he’d encounter more advanced survivalists along his journey through the apocalyptic US. I bought this simple prepping pocket guide as research for the first draft of the script in 2013. After reading about how vulnerable low-lying downtown Boston is to flooding, thanks to Rudy I started thinking about prepping my own family for disaster. But where to start?! Documents, bug out and shelter-in-place plans, food, water, gear—so much to consider. Since many of my readers are into post-apocalypse stories, I thought it would be fun to start an ongoing feature where we talk about prepping (ie, mock my half-assed attempts at it.) It won’t be a systematic how to guide but may get you thinking about steps you might take–and please feel free to point out what I’m doing wrong.

Quiz: Do you prep? I’ll show you mine

Here is a quick peak at my bug out drawer. I’ll go into more detail about the good, the dumb and the useless portions piece by piece over time. Now of course sheltering in place is another topic–we’ll get there!

We should start with the practical topics: documents, contacts information, communications, bug out and rendezvous plans. But come on, what’s the point of prepping if you don’t have a pry bar/entry tool/hammer/log splitter/zombie chopper? These are the things that make the apocalypse worth living! I don’t have skills but I can shop online

So let’s kick this series off with the most useless/fun part of my prep kit: the Trucker’s Friend!

Really, I started researching silly things like this to find a unique weapon for our hero Rudy. For a long time it was going to be a fire iron. I eventually opted out of starting his journey with a weapon because he is a healer and it seemed too stereotypically comic booky to arm him. In #2 he gets to carry a big geomagnetic sensor that looks a bit like Thor’s hammer, and along the way he might wack a bad guy with it, but that moment will be earned. But it doesn’t mean I can’t have a cool toy.

What is it? Hell if I know. I hear that if shit hits the fan you need a chopper, hammer, pry bar, general intimidator. This thing seems to check all those boxes. More than a hand axe, not exactly a weapon, the Trucker’s Friend is a multitool for truckers who need to lug chain, clear ice, pry nails, etc. I say this as if I have any idea what is involved in long haul trucking. But I do know that after lots of online research into bug-out tools, this one looked the most fun and yet less scary than a tomahawk.

Number of times I have used the Truckers Friend: 0.

Number of Trucker’s Friends I have given as gifts: 1. And it was a big hit.

Number of times my brother-in-law has used the Trucker’s Friend I gave him: 0.

If I ever use this thing the world has probably ended but I’ll try to write you one last blog about it. I’ve promoted the work of comics creator David Taylor before, and man, he just keeps getting better. I’m holding his latest graphic novel, Wild Nature, and it is killer. In a near-future dystopian Miami the hottest sport/reality TV show is live to-the-death combat between teams of masked mercenaries. Haunted by his history of violence, Swan is a legendary combatant trying to escape the game and leave his past behind, but of course it won’t be that easy. Trust me and pick up this book now before it’s a movie. It is doubtful this contributes to sanity, but I’ve taken to blinded comparisons of the various brown bottles in my cabinet. I’ve learned a bit about what my go-to bourbon should be, and which ones I can live without. (Don’t worry I sip only very small amounts.) I’m not saying I recommend doing this. I’m just saying it’s a thing you could do. It’s kind of the opposite of prepping.

My son Ezra and I had a stay at home vacation while the girls ventured to NYC. Among other nerd pursuits we took on the Ultimate Collectors Series Star Wars A-Wing: 1673 pieces of to-scale goodness. We hadn’t touched LEGOs in a year or two, but the moment we started building we settled into the old rhythm that felt just so right. You’re never too old for this! Who are you calling spineless?

By the Time I Get to Dallas 1+2 Creator’s Edition is in from the printer and going out to backers this week. This is my first book with a spine, and my first book with a fancy spot UV coating (bumpy and shiny, ooh). Back in 1st grade I wrote and drew a story about my stuffed animals and asked my teacher to make it into a book and put it on the library shelf. 45 years later I finally have one that, if on a shelf, you could actually read the title. This is progress!

Meanwhile, art is flying in on Dallas #3. Juanfran is 20 pages in on the pencils, inks are happening, and Trinity Project has 4 pages of line art complete. Good things!