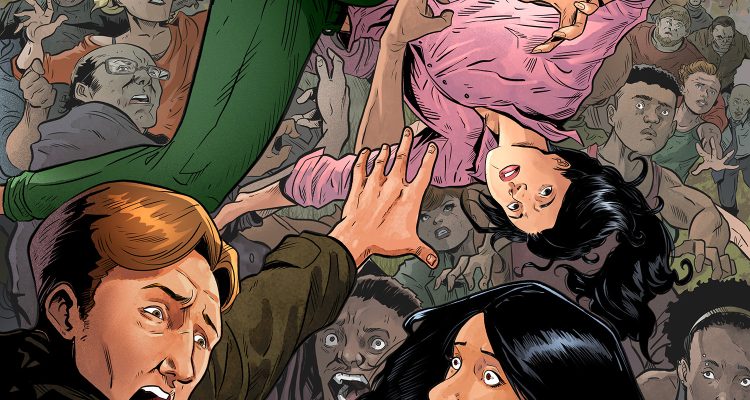 And sometimes I steal ideas

Thank you Courtney Barnett for providing a title for this blog. I was stuck on it and her music was in my head and then I remembered one of her records is Sometimes I Sit and Think, and Sometimes I Just Sit. That sums it up nicely. She rocks, I love her very much, give her a listen on Spotify by clicking the photo. Also, music nerds, on her website you can play around mixing the tracks from her newest album. It’s quite fun, though not what I planned to do today: Forgive me reader, it’s been six months since my last newsletter. There are only so many hours in the week available for this comics project, and those hours have been trimmed quite a bit by life’s many other requirements. When given the choice between doing the project or talking about it, I’ve been choosing the doing. So here’s some of what was done, in my life and in my comics. So looking back, it clear other initiatives—being a human being in a world that’s opened back up, building a tree house, playing music— cut into the comics writing. And if I’m being honest, all my favorite sports teams—the Bruins, the Jets, Arsenal and the Yankees—had unexpectedly good years, plus there was the World Cup, so I watched more sports than usual. And perhaps I found a city building game on the iPad that takes up a tiny bit of time that could be better spent on other things. And then there is the cocktail making. And the staring blankly at a wall. I do feel guilty that I haven’t done more on the comics this year—haven’t stayed up on my email list and social media, haven’t publicized the book, haven’t done signings, conventions, podcasts, Twitch, TikTok, Twitter (not sorry). There’s an endless list of  things you could/should be doing as a DIY comics maker that doesn’t include writing stories and making books. But I try to remember that there is no right timeline, there’s just what is. Producing 55 pages of comics per year as a side hustle is a heavy lift, and it’s okay if some years are slower than others. I still have the passion to make this book real, and I’m dying for the day I have it wrapped up in one fat volume. It’s coming.

Let’s be honest, I probably won’t. I dislike New Year’s resolutions because I don’t like being told what to do, even by myself. But that doesn’t mean I can’t refocus for a week or two.

How will I get there? I need to manage time better in 2023. It’s going to mean waking up earlier to write, no way around it. But I turn 50 in three weeks and I can feel that pushing me to get more productive—turning 40 was a big spark for starting this thing in the first place. (Sure, that was ten years ago and it’s still not done but that’s not the point, inner voice! Go back in your hole!) Maybe I should have bought a Porsche back then for a much simpler midlife crisis, but it’s too late for that now. Onwards!

Have a Happy New Year and I promise I’ll notify you of the haps with more alacrity in 2023! LETTERKENNY. Friends kept telling me about this Canadian comedy series but I could never remember the random name when skimming Netflix, and it isn’t on Netflix, it’s on Hulu, so it took a long time to start this show. That’s okay, it’s still funny. Basically it’s a live action South Park about Canadian farmers, meth heads and hockey players. I think it takes major cues from Napoleon Dynamite, with subtle notes of Wes Anderson, Quentin Tarantino and SpongeBob Squarepants. Though not graphic, the content (ostrich fucking, meth addiction, prostate milking) is utterly inappropriate for sitting with your 14 year old, but that hasn’t stopped us from watching it as a family. Now we eat all-dressed chips and talk like Canadian semipro hockey players. You’re welcome.