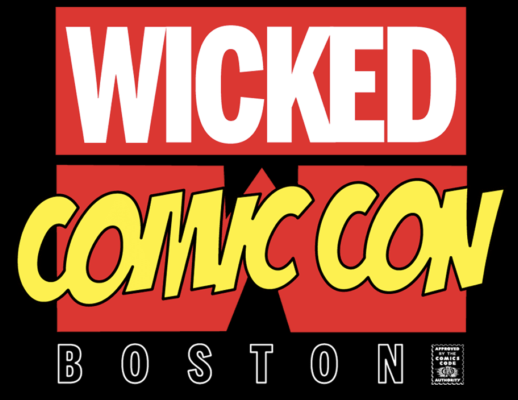 I’m super excited to announced PitDocPress will have its very own 6-foot table in artist alley at Wicked Comic Con at Hynes Convention Center, Boston, April 22-23. 2023. While I’ve been to a few conventions, I’ve never had a table to represent my own books. It’s been a long time goal of mine that got blowed up by Covid, which has happened to coincide with most of my existence as a comic book producer. But after four successful Kickstarters I’ve got a nice pile of stock taking up space in my basement, so it’s time to sell! And best of all, I can walk to this con from my house.

I’ve got a few months to work on my table, my pitch, my shmooze, all of the things required to make it a successful weekend. I’m hoping to have my super comics-knowledgable son Ezra there to give me some comics cred, and maybe do some sketch covers–he’s skills as an artist grow by the day. I have not been to this particular con, but I know it’s organized by veterans of the original Boston Comic Con, and I loved that show back in 2015, when I first tried meeting and greeting industry types to sell the very first iteration of By the Time I Get to Dallas. I hear that, unlike some conventions more focused on celebrity meet-and-greets and collectibles, this one is all about the comic books, baby. If you’re going to be there let me know!