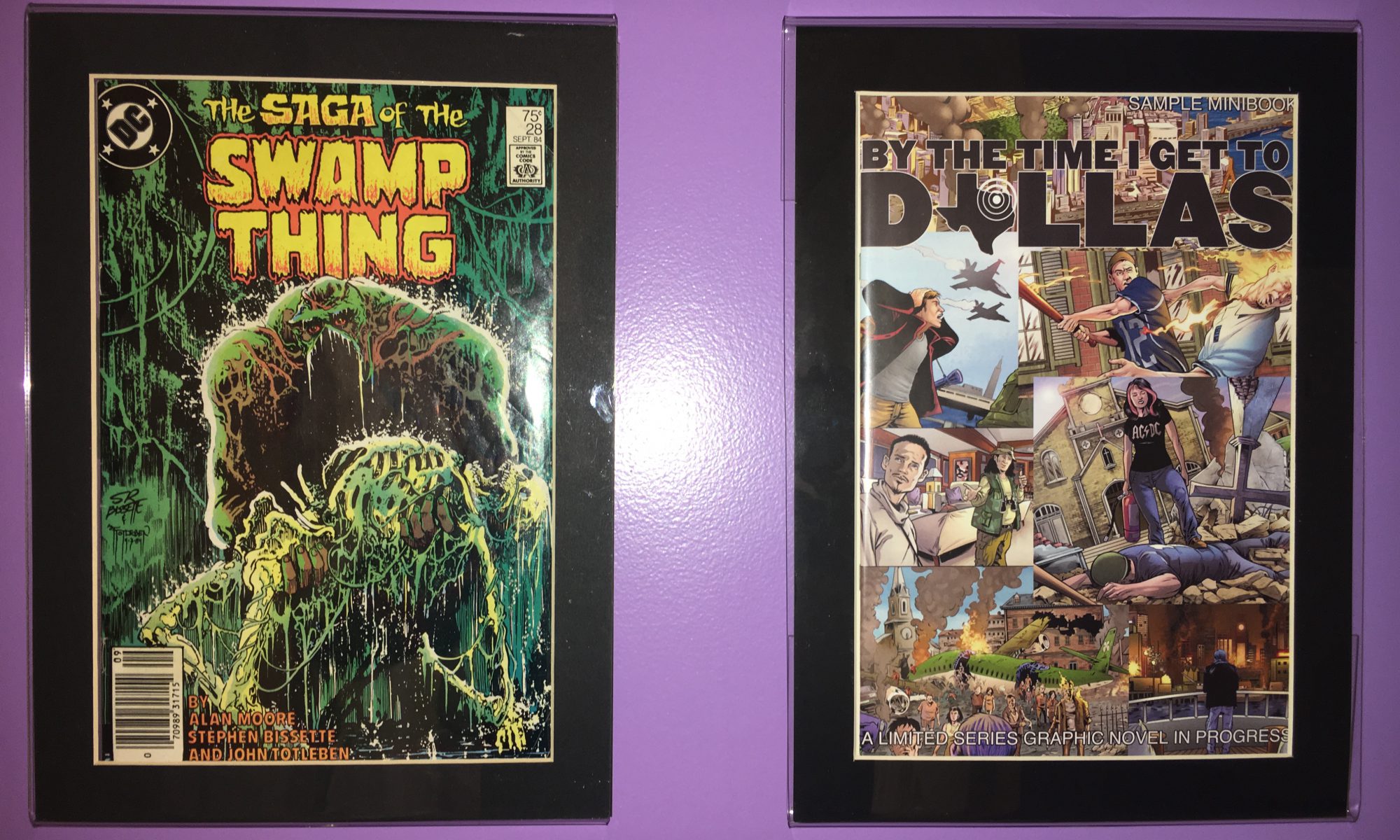 Not what I planned to write about this week!

Last weekend I picked up my son Ezra up from sleepaway camp at Camp Shohola, in Greeley, Pennsylvania. I went there myself from 1984 to 1988, and it was my first time back in 30 years to this place I truly love. I sat down an hour ago to edit a post I’d already written when it hit me that the Camp Shohola infirmary was where I received my first comic book. Then a few more connections hit me and I had to start writing a whole new post.

It was my first year at camp, and the first week I was a bit homesick when I then got actual sick with a stomach bug (as a doctor, I’m supposed to call it gastroenteritis now.) The vector for this contagion was known to be John Denenberg. “Denenberg’s Got the Shits” was a hit song around camp before he’d even made it out of the bathroom. Lots of us got Denenberg’s shits.

So I was holed up in the infirmary with nothing to do but wait for the bathroom to be available, when my counselor Bob Gillespie arrived. Bob was in his forties, with burnt charcoal hair and leather skin from driving the waterski boat every day for 20-odd summers. He might as well have been hewn from the same boards that made up the Shohola cabins. A school teacher during the year and a dedicated Shohola man every summer, when I met him I knew that whatever challenges I was going to face there, Bob knew everything there was to know and would be looking out for all of us. It didn’t strike me as the least bit odd that Bob was a middle-aged summer camp counselor.  He just fit into that place. When he retired from teaching he even moved to camp to live year round as the custodian. Bob just WAS summer camp.

I’m pretty sure Bob grabbed those books randomly off the wire rack at the Greeley convenience store, but he picked a real winner.

Bob was kind enough to bring two comics to help me pass the time in quarantine, and I still remember them exactly: GI Joe #29 and Swamp Thing #28. I had never really opened a comic book before. I can’t say I became a comic fan in that moment, but I was sure glad for the distraction. And that Swamp Thing story always stuck with me. It was foreboding, hallucinogenic (maybe that was the dehydration…) and deadly serious. It was nothing like what I thought comics were supposed to be. It sure as hell was no GI Joe pulp. In it the Swamp Thing dives to the bottom of a Louisiana swamp to pull up the skeleton of Alec Holland, the man whose fiery murder gave birth to the Swamp Thing itself. The cover image of Swamp Thing carrying his own skeleton to give it a proper burial is burned into my brain. It’s fantastic, it’s Shakespeare. It turns out that comic book is a modern classic, the beginning of writer Alan Moore’s seminal Swamp Thing run that helped establish a whole new era of comics as more than just kids stuff. It helped pave the way for a new Golden Age of comics and graphic novels: Frank Miller’s Dark Knight, Moore’s own Watchmen, Neil Gaiman’s Sandman, and more. Moore’s Swamp Thing helped make comics (sort of) respectable literature. I’m pretty sure Bob grabbed those books randomly off the wire rack at the Greeley convenience store, but he picked a real winner.

So last week things came full circle as Ezra gave me a tour around the hills and fields I remember so well. I felt at home, it was still the same place. Another Shohola lifer, Tom Gibson, is still there for his 61st summer. Not a typo. From Tom I learned that Bob died years ago from a brain tumor that he faced with nothing but optimism and grace.  Tom even had a copy of the eulogy he read at Bob’s funeral, it’s stapled to a wall at the Wild Camp Shohola Radio studio (yes, the camp has its own radio station, because Tom Gibson is awesome.) In the eulogy Tom imagined a summer camp in heaven, with a staff being filled out one at a time with beautiful souls like Bob.

Ezra had a great time at camp. Tom got him started on radio announcing the very first day, and he played street hockey, sailed Sunfish, sang at campfire and did all the things I hoped he’d do there ever since we had a baby boy. And Bob, somehow I held onto that Swamp Thing #28 for all these years. It’s in a frame on my wall right now. Thank you. Ezra will be back next summer. Next time I’ll tell you more about how this comic of mine got started, and I’ll write about a friend who went and made a frickin’ feature film with his spare time–now that’s using midlife crisis for good!

SUBSCRIBE FOR MORE SURPRISINGLY TOUCHING MUSINGS
ABOUT COMICS AND MORTALITY