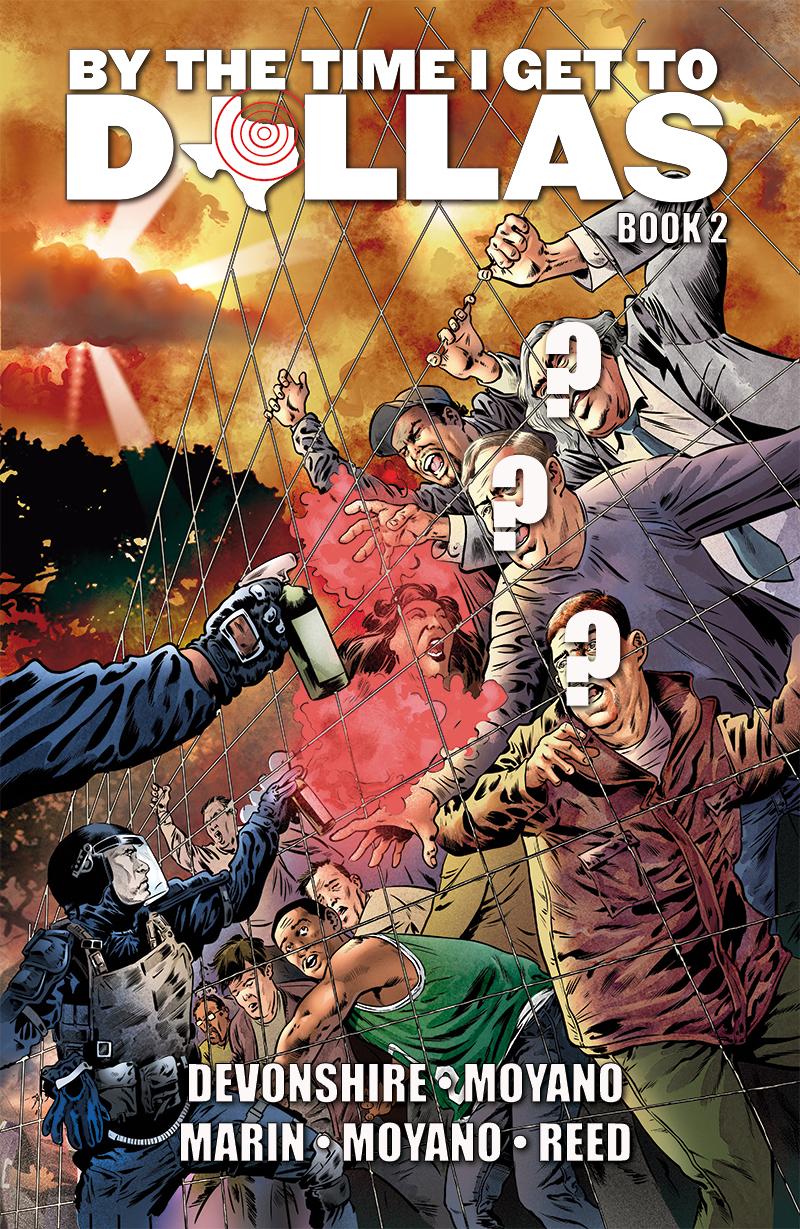 What is all this stuff?! A feature film (and signed script) written and directed by my friend Nelson Kim. The Alkemista, a slick infuser for making your own booze infusions. A reusable straw so you don’t kill sea turtles. An elegant cocktail recipe journal. Kings of Nowhere, a graphic novel in which the world is populated by regular and animal people, with the animal folks forced into the urban underworld. After the Gold Rush, a comic about a space traveller returning from a distant human colony to rediscover the long-abandoned Earth. Not pictured: The School for Authentic Journalism run by my friend Gregory Berger. Whoa! An incredible bunch of ideas that all became reality thanks to the magic of crowdfunding. Also not pictured, my own book, successfully funded and produced thanks to Kickstarter last June!

If you aren’t familiar with Kickstarter or are rusty at crowdfunding, this is a little primer to get you up to speed… A stack of Book 1 thanks to you!

You launch a campaign for an idea that needs funding— anything from a book to a gadget to a movie to a school. People on Kickstarter pledge to back you at various levels for rewards (usually the product itself, with different options and enticements), and if you reach your funding goal the backer has their credit card charged, you get the money (minus a small fee from the credit card and Kickstarter) and go make that idea a reality and send the finished product to the backer. If the project doesn’t hit its funding goal before time runs out no money changes hands–Kickstarter is all or nothing. If you get funded but fail to deliver the product, well, you face shame and humiliation and are banished from planet Kickstarter forever. Almost all of the60+ projects I’ve backed have been a great experience, exciting to be a part of and gratifying when the cool idea becomes a finished thing for everyone to enjoy. Along the way I’ve met amazing creators and backers from all over the world.

When it comes to funding a comic book, it would be much easier just to pay for the printing myself, trust me–Kickstarter is a massive amount of work. But Kickstarter has a huge and active comics making community, with creators constantly putting out comics, supporting each other’s campaigns, building audience, getting noticed by traditional publishers, and sometimes even making a living! At any moment there are dozens of comics campaigns underway on KS, and over half of them successfully fund. In fact, Kickstarter is a de facto major comics publisher, and many big names in the comics biz now skip traditional publishing and prefer to put their work out directly to their fans via Kickstarter. So Kickstarter connects creators to an audience and funding at the same time, and that’s a powerful thing. Please back us EARLY

Last time, thanks to early backing from you guys, the book skyrocketed up the Kickstarter page and got noticed by the larger Kickstarter community. With a big opening, the campaign can really develop momentum and take off.  So early backing is super important. In addition, many of the exclusive rewards like cameos in the book sold out fast. My boss was pissed he missed out on getting his face in the book, but hey, he snoozed and lost. This time there are even more ego-stroking rewards like GETTING YOUR FACE ON THE COVER. This type of thing is rarely seen and won’t last long (I hope). So check us out on Friday, May 15 at 5 pm ET. If you have any problems you can message me through Kickstarter, I’ll be available throughout the campaign. Could this be you?

Knowing is half the battle

It’s a good idea to get your Kickstarter account up and running ahead of time to avoid headaches later. Clicking the green button below will bring you to the site to see our preview page and log in. Once there, you can log in and hit the “Notify Me” button to receive messages when we launch.

CHECK IT OUT AT KICKSTARTER