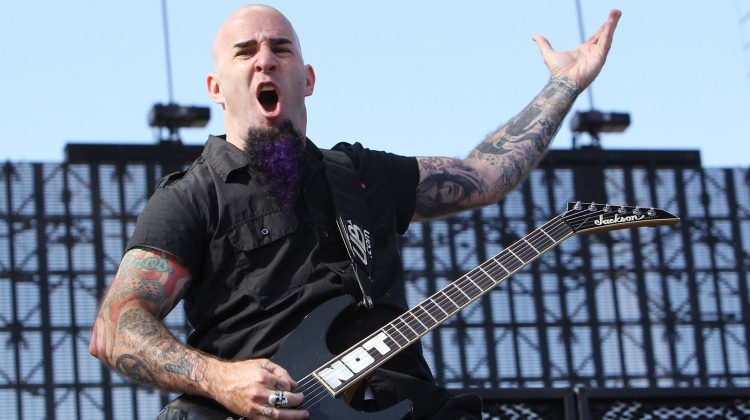 It was 2015, I had been working for 18 months on my first comic book. I’d gotten an in with a major publisher, IDW; my artists had worked for them before but I was an unknown quantity. Chris Ryall, IDW editor-in-chief, was coming to Boston ComicCon so I packed the sample books and set off to nerd central for two days of learning to pitch and maybe buying some action figures.

Once on the convention floor I spent a few hours introducing the book to indie creators, working on my pitch, avoiding the word zombie, fighting down nausea. Through it all I was eyeing the fancy IDW table surrounded by a throng of fans stretching down the aisle, waiting for…what? For Scott Ian, the Anthrax guitarist signing his autobiography, published by IDW. Seated next to the speed metal god was Chris Ryall, hanging and laughing it up with by far the coolest person in the building. Between me and Ryall were Ian, a line of 40 dudes in metal shirts, and a table fortified by a wall of Ian’s book. Finally there was a break in the crowd, Ian turned his head to eat a bat or something, and I saw my opening. I reached my book out to Ryall, “Hey I’m Colin, I think you’ve heard about By the Time I Get to Dallas, it’s a book about zombies trying to get Dallas—well, they aren’t actually zombies, but…” Chris’s eyes wandered off. He looked down at my book. “Yeah, the art is great, I’d love to work with these guys again…” Left unsaid was THESE guys might not include THIS guy.

Despite messing my shoes during my in-person pitch, the book was considered by IDW’s editorial review board, but I hear they didn’t want to go with a “zombie story.” None of this should have been a surprise—breaking in to the business like that is pretty much unheard of. But it wasn’t getting rejected that hurt the most, it was losing my faith in the story itself. It took a year before I could think about the book again. When I did, I saw I didn’t know quite what my story was. Selling a thing you don’t understand SHOULD be uncomfortable. Listen to the nausea and step back until you know where it’s coming from. I broke down the story, tore away a lot of my favorite writing, banished all use of the word zombie, and made it MY story. And as much as I wanted to hate him, Scott Ian is really cool—check out their cover of Joe Jackson’s “Got the Time”… Book One is cranking!

More soon on all this good stuff!