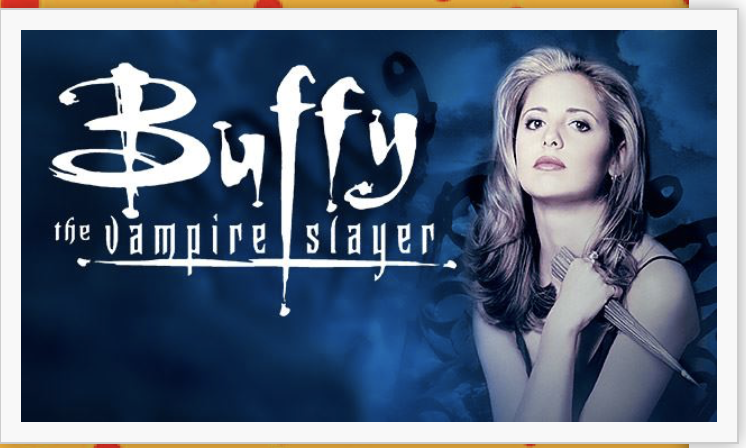 For the nerds: an aside on viral list building for comic creators I am the (email) Warrior

This is a niche post for my creator colleagues who are always working to build up their email lists. Growing your list the organic way with friends, family, and word of mouth is of course the best way, but at a certain point to keep finding new audience you need to find more people who might like you stuff. Without email address, you don’t know who your audience really is, and you can’t reach out them with any reliability. Here I share my good experience with my first go around joining a viral list builder. I had to learn a lot during it and thought this could be helpful for others who are involved in such things. If you don’t run an email list, don’t bother reading. You can watch this music video instead: As far as I understand, someone who already has a big email list tailors an online giveaway for fans of X, in this case Buffy the Vampire Slayer, but it could be the Witcher, or Yodels, or the color mauve. X fans sign up for a chance at a big prize of loot, say a bunch of Buffy swag, and they give their email in exchange for an entry into the contest. By sharing the contest on social media they might get more entries. By signing up for the contest they give expressed permission for their email to be given to the sponsors of the contest, who are all listed with their projects. I guess there are ways to run these yourself, or together with other people, but this one was a simple sign up where I paid to be a sponsor, choosing this builder because I thought there could be overlap between Buffy fans and my ideal audience. Below is the link to the one I did for reference; Rusell runs them periodically for different interests. I recommend his builders based on my limited experience. How to use the emails but not hate myself

A few months ago I joined a set-and-forget Buffy the Vampire Slayer list builder run by Russell Nohelty. I didn’t really know how this would work but it was well run and required very little effort on my part. I gave Russell some money, he bought some cool Buffy gear and put out the word on his email list and by Facebook ads, then Buffy fans signed up with Russell and opted in to receive emails from the contest sponsors (including me), then somebody won a treasure trove of Buffy stuff, and in the end I got a list of 3000 emails of people who like Buffy and had technically given me permission to email them about…stuff. I wasn’t sure what to do with those names but I wanted to introduce myself to them without feeling evil and gross. Mostly.

I had grown my email list of 250 people with friends, family, coworkers, other comic book folks, and then Kickstarter backers after I my first launch. I felt uncomfortable adding 3000 cold names to my intimate little list, so I decided to go with a second opt-in strategy. I created a reach out email tying the Buffy theme to my comic book and giving background on me and my project, with a a link to sign up with me for a  free copy of my comic, By the Time I Get to Dallas. The email was basically a more developed landing page.

Into the weeds we go

I use Mailerlite and that got a a little complicated because my monthly limit for unique email addresses was 1000, the next level up was 2500, 5000 after that. Most email services you use will charge you something to use this many emails so be prepared for how to use this huge list when you get it. To add all the new emails I would have needed to jump up to a 5000 name limit, which would cost about $260. Not knowing how much I’d be getting out of this list I didn’t want to make that big an investment. Instead I increased my limit to 2500, costing about $120, and then sent my email to 2000 of the 3000 names. Be aware builders may give you way more names, 5000+, so you need a plan for how to handle them.

I changed the email title and resent it a second and then a third time over about one week to those 2000. I got lots of unsubscribes which is expected and a few spam complaints, also not surprising. My overall open rate was around 13% and my click rates 1.5-3%. Interestingly the click rates went up with each email, reinforcing the notion that a powerful tool is simply to resend important emails with a different title.

The results are in

After a month had passed and my 2500 unique email limit was renewed I did the same process with the remaining 1000 emails. This was around 3 months after the initial viral giveaway so I expected less of a response but I’ve still added another 10 people so far and expect a few more after the last of the three email sequence goes out.

When it’s all done I’ll have over 100 people who have read my introductory email, opted in specifically for my comic, and hopefully downloaded my book and maybe even read it. The cost of the builder was around $100, so $1 per doubly-opted in email address, right in line with what I was hoping for. Factoring in the increased subscriber limit on Mailerlite the cost doubles but I consider that an investment in the business. The question of how much a name on your email list is worth is a good one, but from what I gather $1.00 is an excellent deal.

I haven’t gotten much direct feedback from these additions to my list but also have gotten very few dropped subscribers during the subsequent four-email introductory sequence, so that’s encouraging at least. I feel that this way of adding people to the list was a bit more organic than adding the cold 3000 would have been. Also, on my final of the three reach out emails I promised that it would be my last email to the Buffy fans who didn’t opt in. It’s tempting to go back to the well again and wring out a few more subscribers from the list but I think a three email sequence is probably enough. Curious to hear what others have experienced, and happy to answer questions. And thank you to Russell for a well-run builder.

I didn’t email that 3000 again, but I DID make them into a custom Facebook audience to use as a target for a Facebook ad. Since they were already sort of aware of my book theoretically they are a warm-ish audience. I ran a simple FB ad to that audience for a few days, offering a free download of my comic book and got another 10 emails for about $18. It was an early test of my ad and in the end the Buffy crowd isn’t my ideal audience, but still, I learned  from it and will keep honing my ad and audience targeting from there.