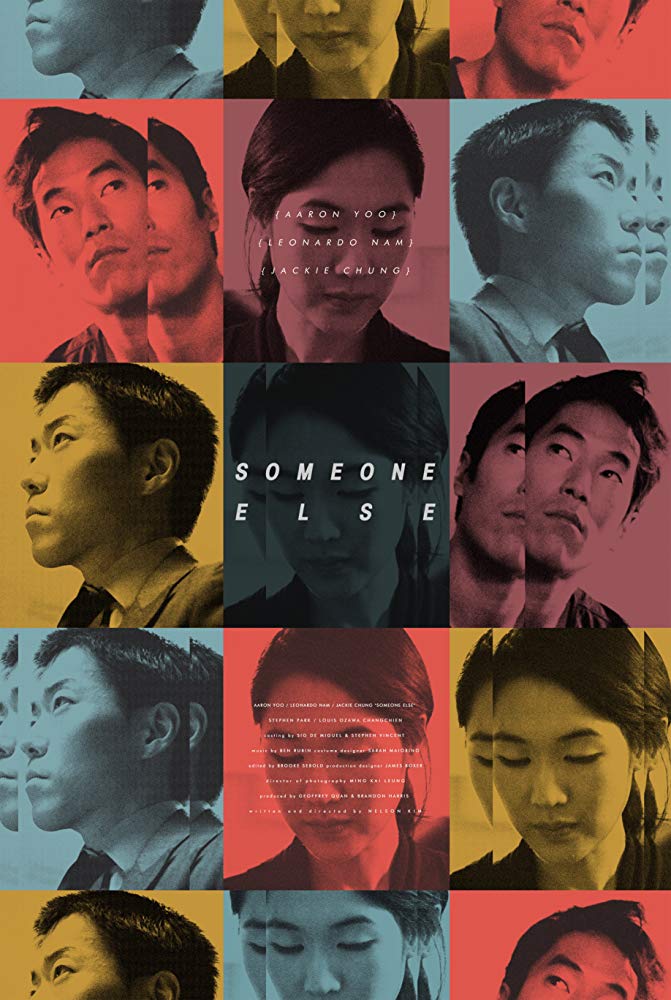 In my first blog I asked about your dream projects, creative ideas big and small you might be nurturing in your scarce free time. As my own responsibilities grow with every year of this mid-life, I marvel when others in the same position find the time and energy to push through with their passion projects. In the cornily named Dream Projectors feature I’ll tell you about cool stuff friends are doing and how they might encourage you as well. So why not start with the guy who introduced me to comics in the first place: filmmaker Nelson Kim!

In seventh grade Nelson and I were new kids from the suburbs at a social pressure cooker of a school in New York City, and we were looking for our tribe. Nelson was a comic book guy while I knew nothing about them. He introduced me to the X-Men and I was hooked: social outcasts with super powers and spandex suits? Yes please! With a few other like-minded misfits, for the next few years we delved into comics, music, Whip-its and movies. I tried my hand at my own comic art, but I just didn’t have the patience, unlike Nelson who was a superb artist. Later in high school I sat with Nelson and Greg Berger, another future filmmaker, as they watched French art films and argued about the symbolism. That’s where they kind of lost me, but thanks to them I did at least understand the “slicing up eyeballs” reference in the Pixies song “Debaser”.

Nelson was on to something, as he majored in film at UC Berkeley and got an MFA in directing at Columbia. While working multiple days jobs teaching and critiquing film in NYC he somehow managed to write and direct a feature film, Someone Else, in his spare time. Starring Aron Yoo, Jackie Chung and Leonardo Nam (whom you may recognize as the host repairman with a heart in Westworld), Someone Else is a psychological kaleidoscope of a thriller about a young lawyer new to NYC who begins to unravel as he emulates and perhaps steals the life of his hotshot playboy cousin. It brought me right back to those old feelings of being on the outside looking in on the life in the New York, only with much more drama, sex and cocaine. Nelson and his crew shot the film in three weeks in New York, followed by a long post-production process and a successful Kickstarter campaign to fund the theatrical release in 2016. The movie garnered accolades on the festival circuit, and LA Weekly called it a “tense, unexpectedly moving psychological study.” Check out the trailer and then catch it on Amazon Prime or iTunes. 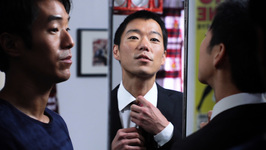 When I decided my Dallas story would be a comic book, the first thing I did was ask Nelson if he wanted to draw it. No dice but it was worth a shot. Nelson has been a second reader of my script, but even more than his keen input on the story, his determination to develop his own dream project has been a major inspiration for me. I asked Nelson a few questions by email about his experience finding success as a, in his words, “late bloomer.”

You can write a screenplay on your own, but making a movie requires a lot of collaboration. How did you know when you were ready to start involving others in your project?  Who did you approach first?

My producers Geoff Quan and Brandon Harris were the first ones on board, when the script was still a sprawling, unfocused mess. They were the ones who had my back from day one.

These days, whether you’re making a low-budget indie film or a big-budget studio epic, attaching the right actor is often all-important. I wrote the leading male roles specifically for Aaron Yoo and Leonardo Nam – I’d seen them both in several movies in supporting roles, and knew they were easily capable of carrying an entire film. I knew Aaron a little bit personally. He signed on first, and he helped bring Leo on board. I’ll always be grateful to them (and to our brilliant female lead, Jackie Chung) for taking a chance on a first-time director with a weird-ass script.

How did you handle bringing other people into YOUR passion project? Particularly when the subject matter might be personal. Was it hard to let go and let others take it into their hands?

Film is a collaborative medium, even when the movie is the brainchild of a single writer/director. The great challenge and pleasure of directing is bringing together a team of highly intelligent and creative artists, and watching them take your ideas to places you never would’ve dreamed of. And ultimately, the director has the final word on what ends up on screen, so it’s not like you’re ever completely giving up creative control.

How did you fund shooting the movie and make the time to do it?

We funded the movie through private investors (mostly but not entirely family and friends). I was freelancing at a couple of different jobs at the time, so I was able to get my shifts covered for the three weeks it took to shoot the movie. One thing they don’t teach you in film school is how to balance being an aspiring filmmaker with all your other adult responsibilities — paying the bills, maintaining a relationship/having a family, etc. But it’s absolutely essential. I know a lot of talented people who stopped pursuing film because they couldn’t make that balance work. You just have to find a way to carve out enough time and energy for your film projects. In the case of SOMEONE ELSE, I had work supervisors and colleagues who went out of their way to help make things easier for me, not to mention an endlessly patient and supportive girlfriend (now wife).

You used a complex narrative with a lot of continuity challenges, dreams, flashes forward and backward, changes in perspective, etc. Did Director Kim get pissed at Writer Kim?

Well, I thought I knew what I was getting into, but for sure during the editing process I realized how crazy it was to tackle such an ambitious, complex story structure for my first feature. My editor Brooke Sebold and I tried out dozens of different cuts of the film. What we ended up with was mostly faithful to the shooting script, but those long months of experimentation were necessary to make sure we really had the best possible version of the story.

Was there ever a time when you finally thought to yourself “this movie is actually going to get made”? If so, how far into the process was it?

I guess once we had all the money in the bank. But even then there was always the chance a lead actor might have to pull out for a higher-paying gig or something like that. I didn’t really believe it was happening until I got to set on the first day of shooting.

Was there a point that felt the most satisfying in the process?

I love screening the movie for audiences and doing Q&As. It’s like the film-geek version of being a rockstar – all those people are here for something you created, and they want to hear what you have to say about it. It’s an incredible rush, and deeply gratifying.

Now the stuff people care about. There are several sex scenes in this here movie. As a first time director, was that difficult?

I made a short film several years earlier that centers on an extended sex scene, so it wasn’t my first time at this particular rodeo. The main thing is getting the cast to feel at ease, to the best of your ability. I talked through the scenes extensively with the actors, and showed them my storyboards and walked them through every single camera setup. Also, little-known fact: for most movies and TV shows, you have to negotiate all nudity with the actors’ reps in advance, in detail, so everyone knows exactly which body parts will be shown in which shots, which helps to reassure people. Finally, I would argue that the sex scenes in Someone Else aren’t gratuitous – they deepen our understanding of the characters and their relationships – so I hope and believe that the actors were able to be actors, not just sexy bodies posing for the camera. They were still playing the same characters and telling the same story as in the non-sex scenes.

Don’t know what they used in Bright Lights, but we used calcium powder. My production designer James Boxer and I were Googling to see what we should use, but Aaron, our lead actor, had done another movie with cocaine scenes in it, and he tipped us off about the calcium powder. It looked right on screen, and his bones have never been stronger!

Any words of wisdom for our friends who might have a screenplay hidden in a drawer?

There’s no one piece of advice that fits all situations, because someone writing a big-budget historical epic is on a completely different path from someone trying to make a microbudget horror movie to be filmed entirely in his/her bathroom. The good thing is, we’re living in a time when information and access have been democratized, so anyone can find out what they need to know with sufficient focus, determination, and an Internet connection.
That said, there is one piece of advice that’s useful for almost any beginning screenwriter: Don’t waste people’s time. You shouldn’t send a draft to your writer friends to give you feedback until you’re sure you’ve made it as good as you possibly can. If you know what needs to be fixed in the next draft, fix it – don’t wait around for someone else to tell you what you already know. The same applies, but even more so, when you get the chance to submit a script to a producer or exec or agent or someone else who might be able to help you get the movie made. Don’t send them anything less than your best. Don’t make excuses like, “I know the third act needs work” — you’re the writer, so work on it!

Also, there’s something I tell my screenwriting students — think about how demanding we are as viewers. If a movie has one bad scene, one really lame dialogue exchange or poorly thought-out plot twist, we might check out of the story entirely. You have to learn to be that unforgiving with your own writing. Be hard on your work (not on yourself — be kind to yourself). Hold your work to a high standard. We’ll always fall short of perfection, but perfection is what we should aim for. I mean, when I made Someone Else I was really trying to make a movie as great as Mean Streets or Mulholland Drive. I completely failed, but at least I ended up with a pretty interesting, pretty distinctive, pretty cool movie. If I hadn’t tried to do something great, I wouldn’t have succeeded in coming up with something good. 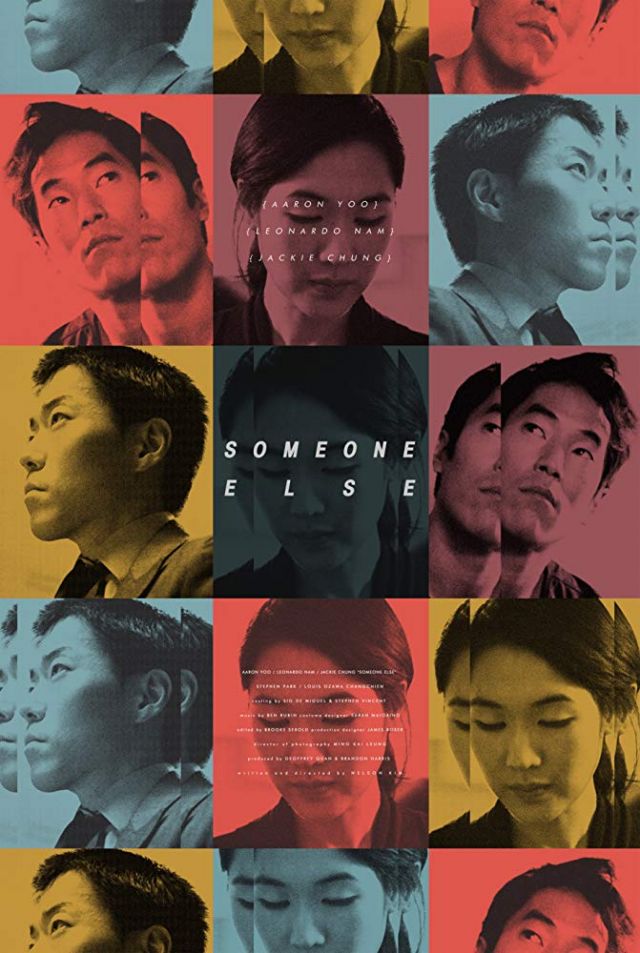 Thanks Nelson! So remember, he made a goddamn movie! What’s our excuse?!

Got your own dream project? Tell me about it!

Next time, something about my comic book maybe.